There is something surreal about Venice. Buildings seem adrift in the canals, and the domes of the Saint Marks loom in the distance. 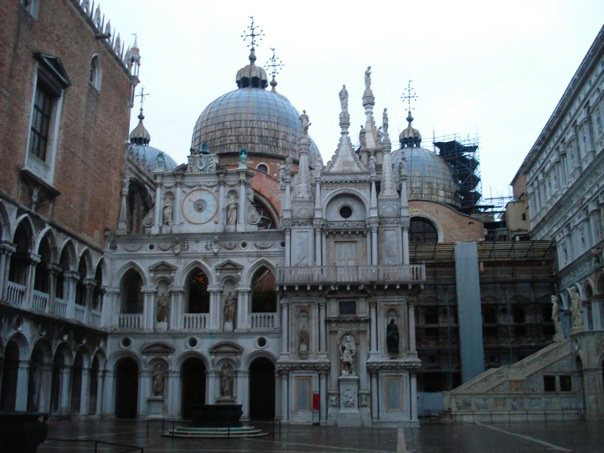 The mainland of the city consists of about two hundred small marsh-islands that are intersected by a series of canals. Hundreds of small bridges reach over the river ways, each outlet to the sea speckled with Gondolas and their captains. 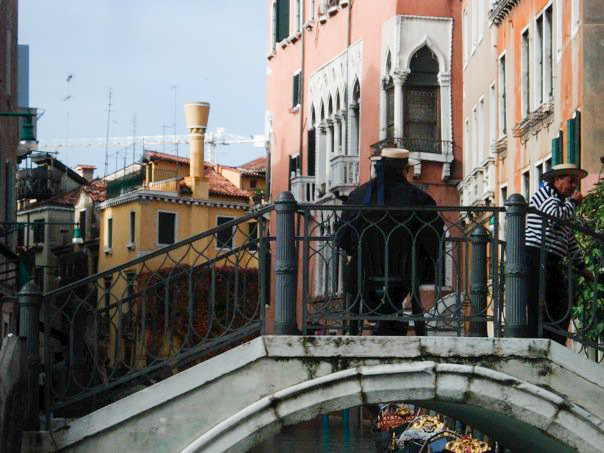 Medieval and Renaissance structures tower over the narrow streets, creating a labyrinth of alleyways, bridges and piazzas. Baby strollers are the most common wheeled form of transportation. In fact, I saw evidence of nothing else. 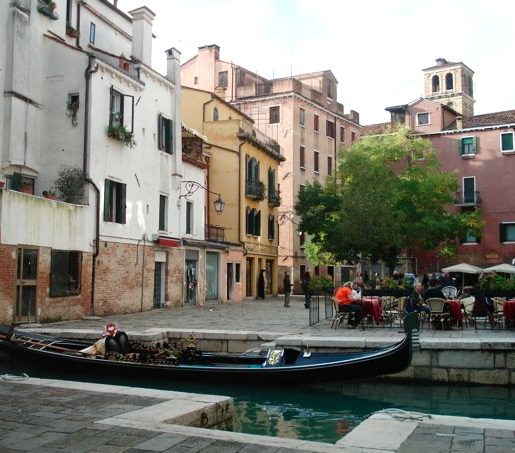 Yes, Venice is beautiful, but I felt constantly crowded – by people, pigeons, buildings, and the sea. Our second day in Venice, our breakfast was interrupted by a siren, alarming residents of the high tide. I did not consider the warning to be of importance until we found ourselves in Saint Mark’s Piazza. The Grand Canal and the sea had flooded parts of the city, creating the illusion that the Ducal Palace and St. Marks were rising from the water, like the city of Atlantis resurfacing.

Raised platforms had been organized to create a path for crossing the space. We trudged across the planks, crossing and re-crossing the piazza to reach St. Marks, pushing and being pushed and cringing from the pigeons that had also been ushered away from the dry land. Water bubbled through the boards, through the drains of the piazza, over the bridges, and over the stone.

Savvy tourists and Italians wore galoshes and waders to tend their daily business. Watching them slosh gleefully in abstract patterns across the piazza, I felt in contrast to be one of Dante’s sufferers, forced to serve my penance in a preordained path. Once out of the piazza, I attempted to break away from the crowd, only to find myself in an alleyway flooded with water. I eventually found solace in a dry piazza, my shoes filled with dirty canal water. 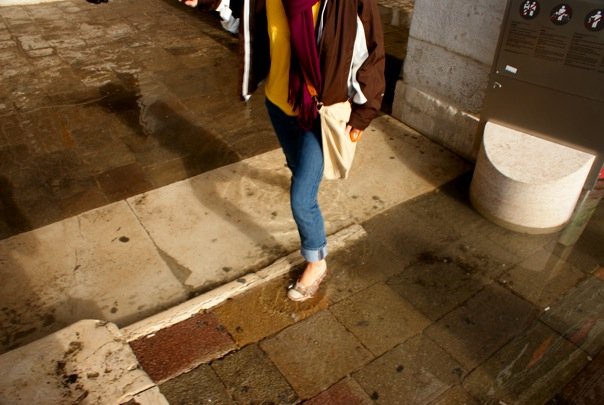 The Venetians are famous for their Carnival masks and their glass work, and I was enthralled with the glass and mask shops on every corner. We visited The Ducal Palace and the Piombi Prison, from which Casanova made his legendary escape. After the tide went down, we toured St. Marks, the cavernous gilded Byzantine basilica. 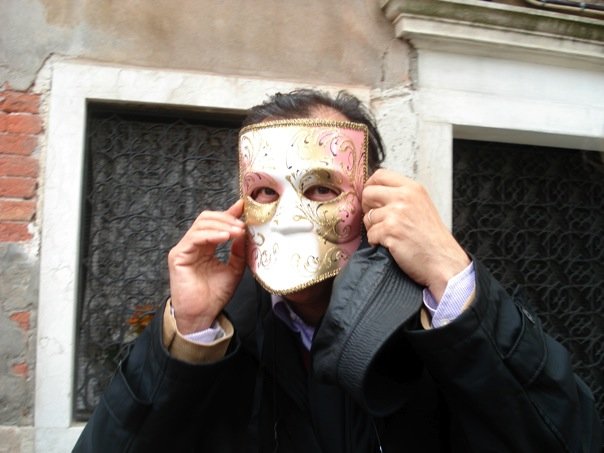 My favorite part of the trip, however, was the less impressive part of town – the Venetian Ghetto. 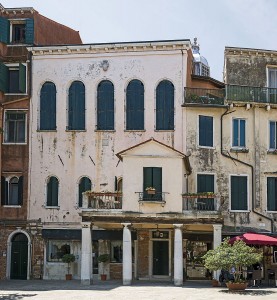 The first Jewish Ghetto in the world, its inhabitants actually coined the term ghetto from the Italian word “getto” which referenced the iron foundries in the area. Though the Italians pronounced it with a soft ‘g,’ the German Jews who had immigrated to the area pronounced it with a hard ‘g,’ and voilà! A new word was born. Within the past few months, I have visited a hundred or so churches, but not one mosque or synagogue. Learning about another ecclesiastical structure was refreshing.

Taking a detour from Catholic dominance of the ages, we were finally exposed to a niche of Judaism that occupied the history and culture of the West. To put the Venetian Ghetto in cultural perspective, consider Shakespeare’s The Merchant of Venice, a story that touches upon the conflict between the Judaic and Christian cultures. It was an exciting moment for me as a literature student to witness the backdrop for such inspiration.

Once again, I was glad to return to Rome. Here the ground is stable. The Tevere is the only water source in sight, and I can count on finding a good gelateria around every corner. The Ancient Roman Lady returned this morning, and now that her voice is floating around the neighborhood again, I feel completely at home.