Fatspiration – How Gaining 20 Lbs. Made Me a Better Person 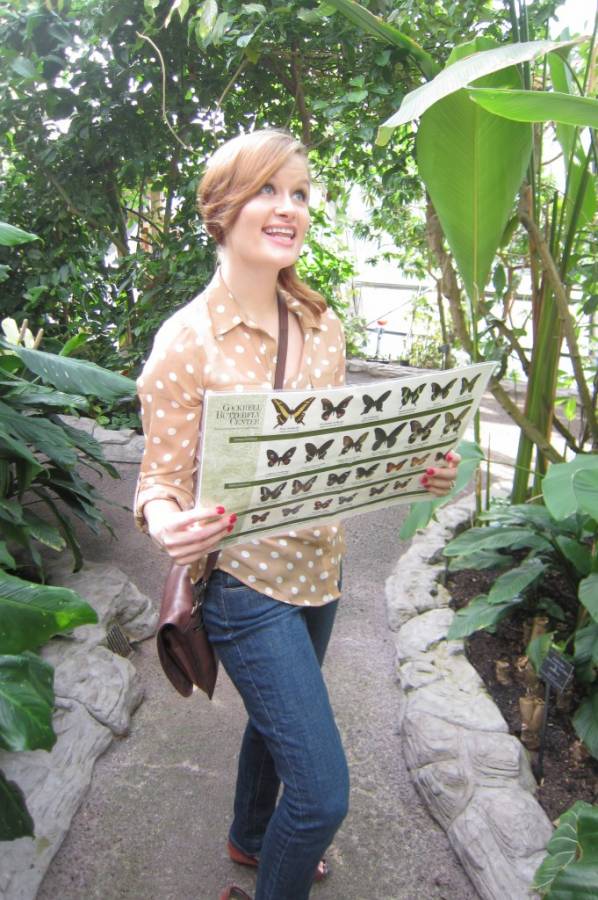 In my youth, I considered being pretty and thin as a free-pass in social situations. Once that free-pass was revoked, I had to shed all of the insecurities that were holding me back. Vulnerable, I had to face some of my greatest flaws, which meant coming to grips with the barriers that were keeping me from truly connecting with others and forging strong relationships.

Once Upon a Time, I was a Skinny Bitch

When I was 20 years old, I weighed a little over 100 lbs. My pelvic bones jutted over the top of my jeans. My tummy was flat and fat-free. 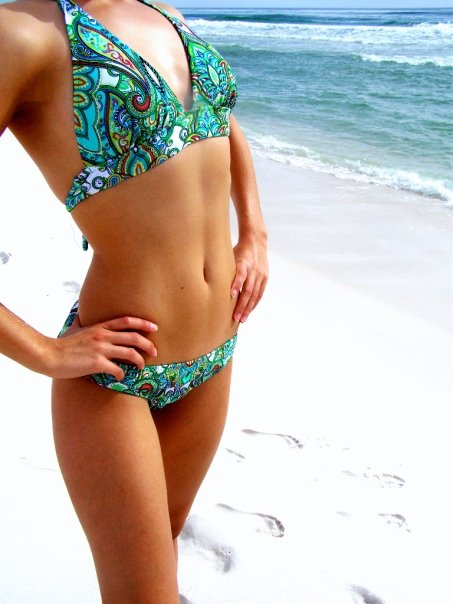 Five years ago, not even at my skinniest, but you get the picture…

I was 20 lbs. lighter back then, but I was still 5’4” with a seriously pigeon-toed strut (definitely not model material). Nonetheless, my best friends and I would huddle around the television in my dorm room, watching “America’s Next Top Model.”

Afterwards, we would have impromptu photo shoots where I would practice “looking fierce.” Looking back at those photos, seven years later, I see a skinny girl who looked confused and a little lost. There was nothing fierce about her.

I remained skinny after moving off-campus. I worked long hours and went to school full-time. My diet consisted of canned soup and grilled cheese sandwiches. I didn’t keep alcohol in the house, and I rarely had the time to go out. At the few parties I went to, I stood in corners with my best friend, being catty and unapproachable.

I was skinny and beautiful, and I could get away with sitting on the sidelines and criticizing the weight and looks of other girls. I wasn’t intentionally mean. Okay, sometimes I was. But like so many girls (and bullies) say,

“I was just really insecure.”

As an introvert, hiding in corners was my way of avoiding attention. Being unapproachable was my way of deflecting the frat boys who prowled the bars and seduced drunk girls at parties. I was terrified of talking to men (even the decent ones), and although I was attractive, I didn’t have the social grace to carry myself with confidence.

After graduating college, I realized I would never be a model. The older I got, the more pronounced my flaws became. When did my nose become crooked? Where did the cellulite on my thighs come from? Why can’t I get rid of the bags under my eyes?

I felt that I would never be refined enough, graceful enough, smart enough, or fashionable enough to overcome my insecurities and earn the respect of the beautiful people, the wealthy people, the connected people — the ELITE people who hold so much power in a world I was seeing for the first time.

In my immaturity, my confidence had relied entirely on being “pretty and thin,” and I had spent years judging myself and others based on looks. To this day, I still get nervous around extremely beautiful people because I feel that, somehow, they’re just innately superior to me.

How I Became Fatter, Happier, and Wiser

Being skinny is a powerful thing. According to the Centers for Disease Control, almost 70% of adults over 20 are overweight. For most of my life, being skinny was my elite niche. It was my trump card.

But in college, it wasn’t hard to be skinny. I walked to class. I ate at the cafeteria. I drank a lot of coffee. I didn’t work to be skinny; being skinny just worked for me.

I moved to Texas a little over a year ago. The dress I wore to my job interview was a size 0. When my pants started feeling snug, I blamed it on our apartment laundry machines. “My pants are shrinking in the dryer!” was my explanation. When I finally broke down to buy new jeans, I was shocked to discover that I was between a four and a six.

I know what you’re thinking: “Girl, you’re still a skinny bitch! A size six is nothing.”

And in some ways, you would be totally right. I’m at an acceptable, healthy weight for my age and height. However, for the past year, I have absolutely not been living an active, healthy lifestyle.

At my former job, I commuted two hours a day and sat at a desk for eight hours. At home, I drank craft beer with my fiance and
enjoyed making home-cooked meals. Each day I found myself growing more exhausted, and my mental capacity for stress grew thin. With low energy levels, my fiance and I developed the habit of watching a few hours of television each night before bed, and it got to the point that my only exercise was walking up a few flights of stairs to my office each day.

Beyond the sedentary work environment was a larger problem: I had no idea how to diet and exercise. In my entire life I had never tried to lose weight, and I had never needed to exercise. I had had flings with Jackie Warner workout DVDs, and I even tried Carmen Electra’s Strip to Fit (my best friend and I got a good ab workout while we laughed hysterically at each other during that one), but I had never had a serious regimen, and I had never counted calories.

When I finally began researching nutrition and exercise, I realized something. I wasn’t healthy at 100 lbs. I was just malnourished and overworked. My situation should have been obvious, but I had never thought of it in those terms; and in a very real sense, I was a 27-year-old woman who had no idea how to care for her own body.

What I’ve Gained by Gaining 20 Lbs. 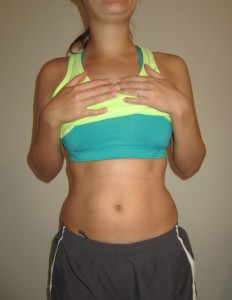 My pre-workout routine body. Not much has changed, but I feel a lot better!!

The decision to change my life has been a long journey. Three months ago, I ordered new workout clothes on Zappos and Old Navy. After I had my gear, it took another month to commit to a workout routine. My brother has a Master’s degree in exercise science, and he was nice enough to create a weekly exercise plan for me, but I had to twist his arm to do it. His original suggestion sounded so simple: “Just cut back on your calories and do 45 minutes of cardio 5 days a week.”

For me, cutting calories is the tough part. I still love my craft beer, and I can’t resist a good glass of wine. I’m still in transition, but what I’ve learned is that changing your lifestyle takes a lot of time and a lot of mistakes. In the beginning, I made the huge mistake of pressuring myself to lose too much too fast. I felt the need to gain a new skinny elitism, the one of fitspiration and six packs and thigh gaps. I overexercised to the point where my recovery took almost a week, destroying all hope for a consistent routine. When I finally started taking things more slowly, I began to listen to my body and concentrate on form.

After all of my hard work, I’ve only lost 3 lbs., but now I’m focusing on what I gain in the gym rather than what I lose. What started with unhappiness and insecurity has evolved into a love and appreciation for my body and all of its capabilities.

For the past six weeks, I’ve been exercising three to four times a week (as per my brother’s instructions). The things I’ve learned about myself in the gym are making me a better person. I’m becoming more focused, more disciplined, and more in tune with my body and mind. Now, when I get cranky or stressed out, I go to the gym to clear my head. I focus on pushing through a tough cardio routine or completing a heavier weight lifting set.

At first, there were days when the scales made me feel like crap. I wasn’t seeing any progress, and it didn’t feel worth the extra stress 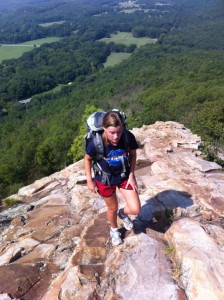 Six weeks ago I would get winded walking up stairs. Last weekend, I climbed a mountain with a 20 lb pack in the sizzling summer heat. FIERCE indeed!

that came with squeezing in an hour of exercise after work. It got easier though. I came to expect the scales to read “126” every single day, and I started having fun. When I’m alone in the gym, I cut loose and dance to my iPod tunes in between sets. I’ve charged through countless 45 minute cardio sessions while watching Pretty Little Liars, Orange is the New Black, and Alias. Exercising has become MY time. I love it, and I need it.

Since gaining 20 lbs., I’ve dropped my pretentious skinny elitism and developed a stronger sense of self. One of the greatest things I’ve learned is that people love talking about fitness. Sharing fitness tips, suggesting workout programs, discussing diet and nutrition — it’s like being part of a huge club. It’s the opposite of elitism, and it feels awesome to have so much support.

I don’t worry so much about the scales anymore. Instead, I spend my time in the gym focused on building myself up from the inside out. There’s something wonderful about pushing my body to the point of failure during a lifting set. There’s something immensely satisfying in overcoming a mental barrier during a run. I go to the gym to push my boundaries, to endure failures, and to measure my progress.

I respect myself more today than I did at 20. I’m more confident and more comfortable with who I am. I can handle higher levels of pressure, and I think I’m more graceful and fluid in social situations. I still don’t seek out the center of attention, but I steal the spotlight every now and again without getting stage fright.

I would definitely say I’m fiercer now than ever before.

Tell me how you WORK IT, girls! What makes you feel fierce and powerful? 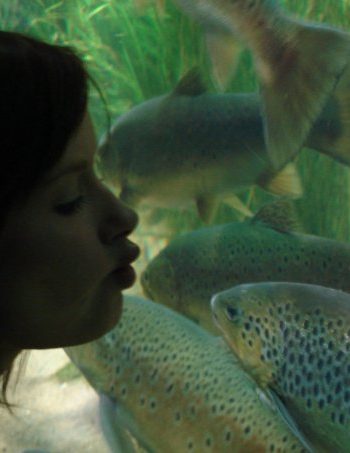